Health medicine Gynecology Polyps in the uterus: why it is important to control and treat them

Polyps in the uterus: why it is important to control and treat them 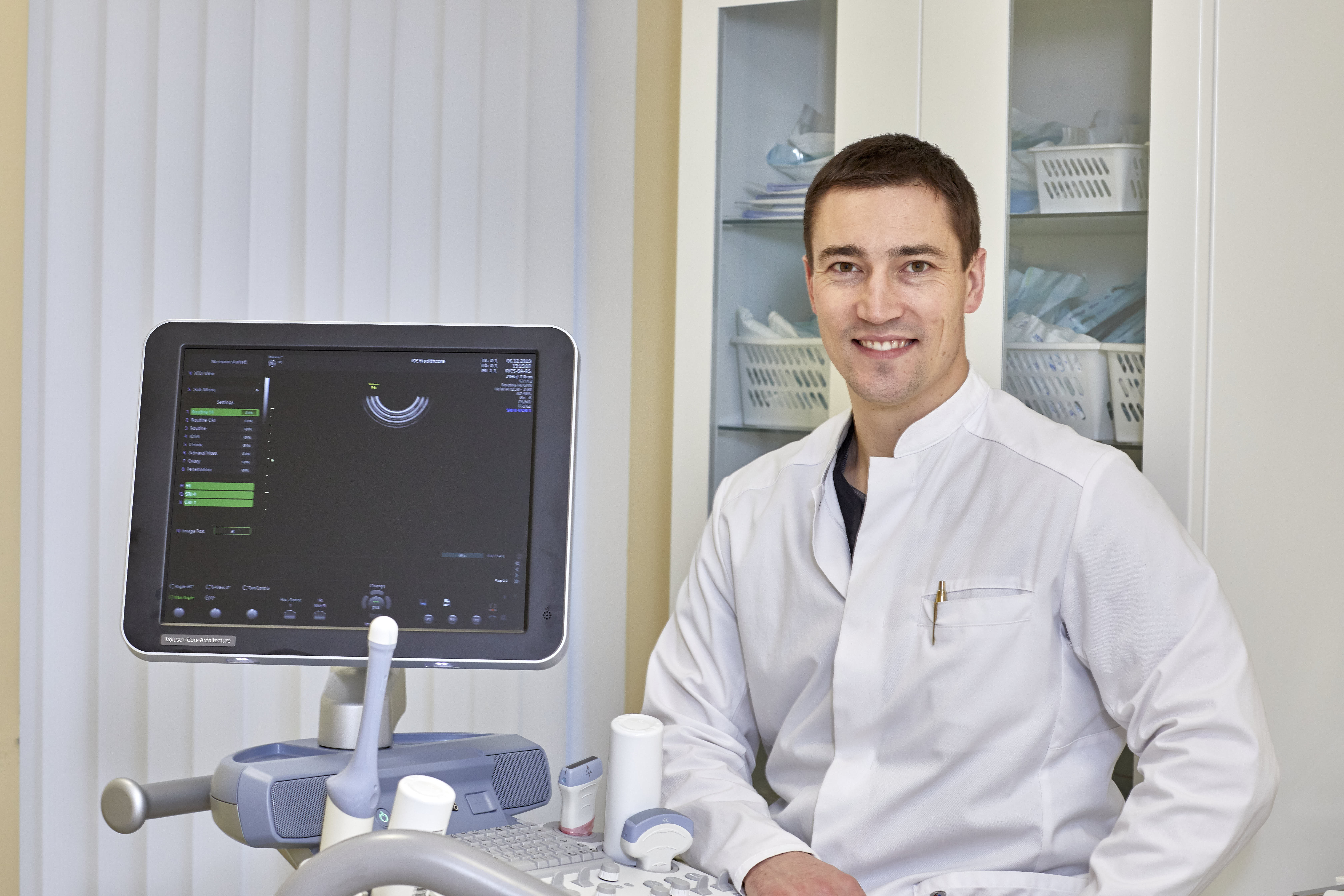 “We have found a polyp in your uterus during the pelvic exam” – women with heavy periods that take a long time do encounter a diagnosis like this from time to time. What is this disease? Is it dangerous? And how to cure it? The gynecology specialist of the LIPEX clinic Anton Babushkin reassures: endometrial polyps and cervix polyps are not only treatable, but also there is a great probability that they will disappear forever. But you need the right tactics to achieve it.

What is a polyp?

Unfortunately, in some cases, this system fails - and, regardless of the day of the cycle, the endometrium changes independently. As a result, a polyp - neoplasms from endometrial cells – may develop. A polyp looks like a mushroom in a hat. But in fact, it is an incorrect and too active local overgrowth of the endometrium.

Why do polyps form?

One of the most likely theories for why do polyps form is the hyperreaction of cells to hormones. The point is not that the body produces bigger or smaller doses of female hormones, but that a mutation occurs in the endometrial cell, due to which the cell begins to react absolutely illogically, incorrectly and too actively to estrogens.

That is why polyps are more common in women of reproductive age. The polyps found in women during menopause most likely have lived with them for a long time, but the polyp has just not caused any complaints, so there have not been any examinations performed to find them.

What are the symptoms?

Polyps are the number one cause for non-menstrual bleeding. Most often, there is a bloody and staining discharge in the middle of the cycle, before and after menstruation. Periods seem to become longer: women complain that bloody discharge appears immediately after menstruation or a few days after.

Rarely there is any pain. It often so happens that there are no symptoms at all, until the polyp is found “accidentally”, for example, during ultrasonography, as it is in most cases. Quite a rare occurrence: the polyp grows until reaches such a size that prevents the onset of pregnancy - the woman is sent for examination due to infertility and thus the doctors find the polyp. Such cases, however, are exceptional - polyps are not a hindrance for pregnancy, since they rarely reach such impressive sizes.

Also, it is possible to distinguish a polyp that has not grown in the uterus, but lower in the cervix or beyond it. Additional symptoms in this case may be bloody discharges after sexual intercourse. Such polyps, as a rule, do not need special diagnostics – they can be seen during a routine gynecological examination.

How to find a polyp?

The primary method for diagnosing polyps is ultrasonography. The method has its own characteristics - firstly, it matters on what day of the cycle the patient comes for an examination. So, polyps are best diagnosed on the 8th-9th day of the cycle, when the endometrium on the ultrasound looks dark, and the polyps on its background are bright and clearly visible. In case the ultrasound has been performed after ovulation, when the endometrium is already covered in a network of blood vessels and glands, polyps are very easy to overlook - the endometrium and the polyps will be the same color. Of course, if the polyp is very large, it can be seen during the second half of the cycle, but to confirm the diagnosis, the patient will be sent for a second ultrasound at the “right” time.

Sometimes during the ultrasonography, it is impossible to clearly say whether it is a polyp that can be seen. Sometimes a polyp can be confused with myoma, a pseudo-polyp - endometrial clots that exit the uterus during menstruation.

Precision of the diagnosis is much higher with sonohysterography - the gold standard for the diagnosis of polyps. In fact, it is the same as ultrasonography, only more detailed — first, a thin, flexible catheter is inserted into the uterine cavity through which physiological saline is injected into it, expanding the cavity and improving visibility. And only then the doctor searches for the cause of complaints and symptoms with intravaginal ultrasound.

Another thing to consider - neither ultrasound nor sonohysterography can distinguish a benign polyp from potentially malignant cells. The polyp itself is an exceptionally benign phenomenon. But if suddenly on the surface of the polyp - epithelium, changes occur - the cells begin to divide intensely, uncontrollably, change visually - then we are talking about atypia, a harbinger of malignant formation. Of course, atypical cells might as well appear not on the polyp, but on any other part of the endometrium. But malignancy of the polyp is still possible. To be sure that the polyp is benign, even if there are no symptoms, it is recommended to remove and examine them.

There are four types of polyps: fibrous, glandular-fibrous, glandular and adenomatous. From the names it is clear that some polyps grow from fibrous tissues, in others glandular tissues predominate, and others are of a mixed type. Adenomatous polyps are extremely rare. But these are precisely the kind of polyps that are considered precancerous, because they consist of atypical cells. Adenomatous polyps are more likely to occur just before menopause.

How to treat a polyp?

If the patient has no complaints and the polyp does not grow - it is not obligatory to treat it, but it is important to control it! The patient regularly needs to do an ultrasound, take aspirate - cells from the uterine cavity. But no diagnosis gives one hundred percent confidence that it is a polyp, so the best option is to remove it.

An important point: hormonal treatment in the case of a polyp does not bring results!

The only possible treatment method is hysteroresectoscopy. It is both a means to diagnose and treat the polyp. The essence of the procedure is to enter a hysteroscope into the uterus - a tube with a micro-video camera, which allows to evaluate the polyp visually (diagnostic part of the procedure) and, if necessary, remove it with a special tool (treatment part of the procedure). On average, it takes 15-20 minutes.

How to prepare for the surgery?

The patient arrives on the day of surgery, having previously undergone standard preparation: tests for general health (blood test), examination of the vaginal microflora, a smear to check the presence of precancerous or cancerous cells of the vagina and cervix, electrocardiography and fluorography.

The procedure, as a rule, is carried out under short-term general anesthesia in a day hospital. After the hysteroscope is in the uterine cavity, the polyp is removed with special endoscopic instruments. This manipulation is quick, without a single suture. The material of the operation must be sent for a special histological analysis. Already within 2-3 hours after the operation, the patient can safely leave.

What to expect after the procedure?

Thanks to modern equipment, techniques of the procedure and highly qualified doctors, complications after hysteroscopy are rare.

Usually there would be pulling pains in the abdomen on the first day after the procedure and bloody discharges a few days after, which will definitely disappear without additional intervention.

Of the most serious possible but unlikely complications are perforation of the uterus, trauma to nearby organs (bladder, intestines) and fluid overload syndrome. However, if the operation is performed by a certified, highly qualified specialist, the likelihood of complications is no more than 0.1-0.2%.

Important: a correctly removed polyp does not grow again (does not recrudesce), and already in the next cycle after its removal, a healthy and happy woman can plan a pregnancy. However, from time to time it is necessary to perform an ultrasound to check if new polyps have formed.

At the LIPEX clinic, consultations on gynecological problems and minimally invasive surgeries are conducted by a certified gynecologist Anton Babushkin.

If you decided to make an appointment with our expert, please fill in the following electronic form: